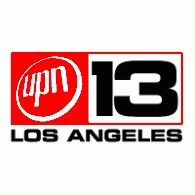 KCOP-TV, channel 13, is a television station in Los Angeles, California. Owned by Fox Television Stations, a division of the News Corporation, KCOP is a sister station to Fox network outlet KTTV (channel 11), and was formerly affiliated with the UPN programming service. The two stations share studio facilities in West Los Angeles, and KCOP's transmitter is located on Mount Wilson.

In 1995, Chris-Craft and its subsidiary, United Television, partnered with Paramount Pictures to form the United Paramount Network. KCOP became the network's Los Angeles station on January 16, 1995, the day the network was launched.

Viacom, the parent company of Paramount since 1994, bought Chris-Craft's half of UPN in 2000, becoming the network's full owner. In a separate transaction in 2002, Viacom purchased KCOP's arch-rival, KCAL. Rumors persisted that UPN would move to the higher-rated KCAL, making KCOP an independent station once again. However, Viacom said that it would continue to operate KCAL as an independent station (at least for the time being) and UPN would stay on KCOP.

Chris-Craft/United Television sold its stations to the News Corporation on July 31, 2001. Upon being sold to Fox in 2001, the weekday Fox Kids block moved to KCOP in the mid-afternoons, only for it to be dropped nationwide in January 2002. Soon after, the station ran a one-hour morning cartoon block (from the DIC Entertainment company), but dropped cartoons permanently in September 2006. Channel 13 was the last local television station to air cartoons on weekdays. Like the other local stations, the cartoons were replaced with informercials.

With News Corporation's acquisition of KCOP, it elected to move the station's news and technical operations in with its Los Angeles Fox O&O KTTV in 2003. KCOP abandoned its longtime studios at 915 North La Brea Avenue in Hollywood (once home to the classic game shows The Joker's Wild and Tic-Tac-Dough) to move into the new Fox Television Center in West Los Angeles. The La Brea Avenue studio was put up for sale, and although no longer used by KCOP, Fox elected to keep the facility, and remodeled it to house the first two seasons of reality TV show Hell's Kitchen.

8:00 AM - Buzz Lightyear of Star Command

Community content is available under CC-BY-SA unless otherwise noted.
Advertisement